From Wikivietlit
Revision as of 08:23, 17 January 2011 by Jthiunderhill (talk)
(diff) ← Older revision | Latest revision (diff) | Newer revision → (diff)
Jump to: navigation, search
Isabelle Thuy Pelaud (1965) is a critic of Vietnamese American literature as well as an author of essays and short stories. She was born in Tours, France and lives in San Francisco. 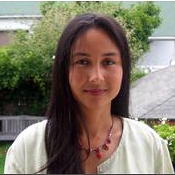 Her literary criticism concerns her own generation of Vietnamese American writers in English. Breaking "laws of origin": resistance, hurt, and containment in post-1994 Vietnamese American literature, her 2001 doctoral dissertation in Ethnic Studies at the University of California, Berkeley, discusses the work of Andrew X. Pham, Lan Cao, and Linh Dinh. In Summer 2009, she had recently completed a book manuscript.

An arts activist in the Bay Area, she was member of the group Muc va Mau (Ink and Blood), and serves as an advisor to the Association for Viet Arts. In 2008, with friends, she founded and now serves as co-director of DVAN with Viet Le.