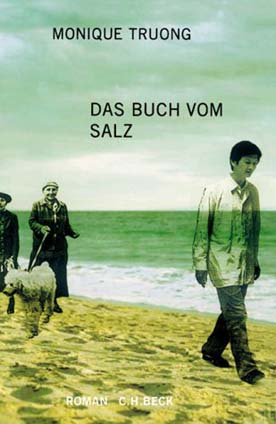 Cover of the German edition of The Book of Salt

Born in Saigon, she emigrated to the United States at age six. She graduated from Yale College and the Columbia University School of Law, going on to specialize in intellectual property. Truong now lives in Brooklyn, New York.

Truong coedited the anthology Watermark: Vietnamese American Poetry & Prose, and her essay "Welcome to America" was featured on National Public Radio. Her first novel, The Book of Salt, was awarded the 2003 Bard Fiction Prize, the Stonewall Book Award-Barbara Gittings Literature Award, and the Young Lions Fiction Award, and has been translated into Danish, French, and German. In 2004, she was also awarded a PEN/Robert Bingham Fellowships for Writers.