From Wikivietlit
Jump to: navigation, search
Phạm Quỳnh (ca. 1894-1945) was a scholar, critic and translator. 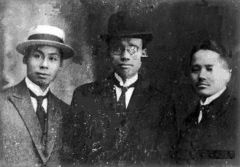 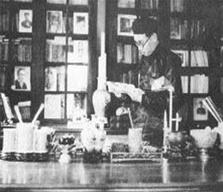 He was born in Hanoi and died in Huế. One of the defining figures of Vietnamese literature, a towering model for later generations of scholars and writers, he helped to modernize the language, encouraged the writing of short stories and novels, and the anthologizing of folk poetry. He was the editor of the hugely influential journal Nam Phong, which lasted for 210 issues from 1917 until 1932.

He wrote about ca dao in 1922: "Even though our oral literature has not been recorded in any book, I will insist that it is a very rich one, richer, perhaps, than any other country. Although it is not without its crudeness, this oral literature is also profoundly resonant; one can say that the wisdom, morals, and aesthetics of our common folks are all contained within these idioms." Warning Vietnamese writers against composing in French, he wrote: "In borrowing someone's language, you are also borrowing his ideas, literary techniques--even his emotions and customs." After centuries of writing in Chinese, the Vietnamese had produced no Li Po, he pointed out, and writing in French, it is unlikely that they will ever produce a Victor Hugo or a Anatole France. After reading a story in French, Phạm Quỳnh suggested, as an exercise, to try retelling it to one's wife in Vietnamese.

He was also active politically, advocating gradual Vietnamese independence within the French union. From 1932 onward, he worked with emperor Bảo Đại, a weak figure tolerated by the French. Phạm Quỳnh's compromised stance towards the French, his lack of militancy, is revealed in this famous saying: "As long as [Nguyễn Du's epic poem] Kim Van Kieu remains, our language remains, our nation remains." On August 23, 1945, he was captured by the Việt Minh, along with Ngô Đình Khôi (brother of Ngô Đình Diệm, future president of South Vietnam) and his son. All three were killed on September 6, 1945. Phạm Quỳnh's body was only found 11 years later, in Hắc Thú [Black Beast] forest, near Huế.

On the centenary of his death, the publisher An Tiêm (Paris) released a collection of his writing, Kỷ niệm 100 năm ngày sinh Phạm Quỳnh (1892~1992), edited by Phạm Thị Hoàn.