From Wikivietlit
Jump to: navigation, search
Quang X. Pham (1964) is author of the memoir A Sense of Duty: My Father, My American Journey and frequently writes opinion pieces and book reviews drawing on his experience as the son of a Republic of Viet Nam Armed Forces officer, as a childhood immigrant to California and United States Marine Corps helicopter pilot in the Gulf War. 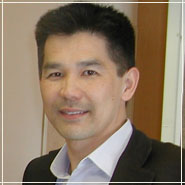 Pham emigrated to the U.S. from Vietnam just before the fall of Saigon in 1975 and graduated from the University of California Los Angeles and Officer Candidate School in 1986, then became the first Vietnamese American Marine aviator.

Currently the CEO of Lathian Health, a pharmaceutical marketing company, he is an avid investor and entrepreneur. He has served as a director of the Marine Corps Scholarship Foundation as well as on the boards of the Orange County Forum, Chapman University Business School, and Think Together.

In June 2009 he announced his candidacy for the 47th Congressional District to unseat Congresswoman Loretta Sanchez, a Democrat. He competes with fellow Republican Van Tran, now California State Assemblyman from the 68th District, which includes Little Saigon and Orange County.

Domestically, Pham advocates for business under prudent government, solid Republican values that become fluid when applied in a state where business success has followed government subsidy in education and research, now restricted by referenda. In foreign policy, he addresses US responsibility to the people of Iraq from the authority of his experience as a refugee from the abandoned Republic of Viet Nam and a Marine in Desert Storm. This argument from his personal role in large national issues raises the question of how he will engage in debates over immigration.

Quang Pham's selection of reviews of A Sense of Duty: