From Wikivietlit
Jump to: navigation, search
Uyen Nicole Duong (1959) is a fiction writer, who also publishes in Vietnamese as Duong Nhu Nguyen, who teaches and writes about law and culture as Wendy Duong. 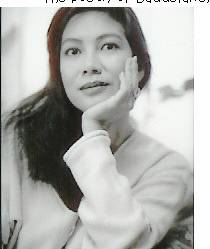 Duong was born in Hoi An, Quang Nam but grew up in Saigon. The family flew out of Viet Nam five days before the fall of the city on April 30, 1975. Now a professor at the Sturm School of Law, University of Denver, she is author of the novel, Daughters of the River Huong (Raven’s Yard 2005) .

In the Republic of Viet Nam, her father was a professor in linguistics at the University of Saigon. Her mother had taught Vietnamese literature in Hoi An. In the US, Duong earned a BS in Communications from Southern Illinois University, a JD from the University of Houston (Texas), and a LLM from Harvard Law School (Cambridge MA). She also studied acting in New York City.

Duong worked in risk management in public education and became the first Vietnamese American judge in the United States in the early 1990s, after working with the Securities Exchange Commission. She resigned from the judgeship to travel Asia, where she became senior legal advisor for Mobil Asia-Pacific.

She has written fiction throughout her law career, publishing a collection of short stories in Vietnamese and stories as well as her novel in English. The short story, "The Young Woman who Practiced Singing" won the Stuart Miller Writing Award of District of Columbia Bar Association in 1998. Her short story "The Ghost of Ha Tay" was a finalist selection for the Columbine Award at the Moondance Film Festival 2001, for a work 'reflecting non-violent conflict resolution, alternatives to violence, or showing why violent resolution to conflict is counter-productive'.

In an interview, Duong cites influences from artists ranging from poet Charles Baudelaire to Maria Callas, the diva.

This article draws on a capsule biography in The Writers Post, which requests that no other page link to its offerings.