From Wikivietlit
Jump to: navigation, search
Alan Farrell (1945) writes criticism about French-language texts from Viet Nam. He draws on his experience leading French-speaking national minority infantrymen near the Ho Chi Minh trail and later teaching French language at Hampden-Sydney College and Virginia Military Institute. An arresting public speaker, he delivers most of his work in person. 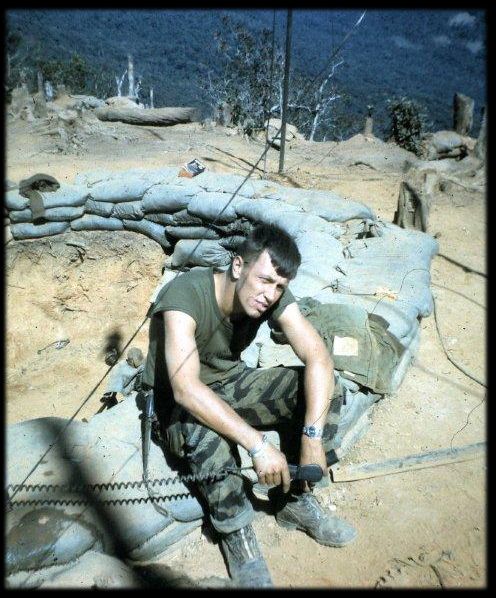 Farrell's choice of texts and his interpretations distinguish themselves in frankly expounding an elite perspective to command attention for realms of experience that customarily are excluded from middle-class discussion. He frequently draws on experiences as a Special Forces infantryman with the Studies and Observations Group, which operated secretly in or near Laos and communist Viet Nam. He cites the pidgin called tai boi or langue des nha que, spoken to him by highlanders who had fought previously for the French, as an abiding influence.

Farrell himself appears as a source and character in the history Secret Commandos: Behind Enemy Lines with the Elite Warriors of SOG (NAL Trade, 2005), by John Plaster, the photo book Running Recon: A Photo Journey with SOG Special Ops Along the Ho Chi Minh Trail (Paladin, 2004) by Frank Greco, and in Laura Fairchild Brodie's history Breaking Out: VMI and the Coming of Women (Vintage, 2001). Virginia Military Institute took an oral history of his military service.

Alan Farrell Presentations on the French in Viet Nam