From Wikivietlit
Jump to: navigation, search
Qui-Phiet Tran (1937), literary critic and translator, is Professor Emeritus of English at Schreiner University. 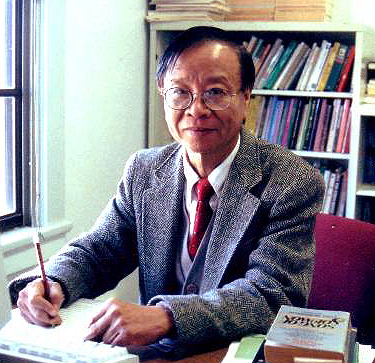 He taught at the University of Hue (Viet Nam) before coming to the United States for graduate study at the University of Texas at Austin in 1972. He earned his doctorate in American Studies with a concentration on American literature in 1978. Carollton Press published his dissertation in 1980 as William Faulkner and the French New Novelists.

His work won research fellowships from the Andrew Mellon Foundation, the National Endowment for the Humanities (two times), and the American Council of Learned Societies. A Fulbright Scholar grant enabled Tran to return to Viet Nam in 1999 to teach at Viet Nam National University (Ho Chi Minh City) from September 1999 to December 2000. Back in his native country and under the influence of Marcel Proust, he was prompted to write an autobiographical novel, "Pangs of Memory and Love," which he is completing as of 2009.

During his tenure in Viet Nam, Tran also traveled to Dalat, his birthplace, to conduct a workshop on US literature for the English faculty at the University of Dalat.

Dan Duffy started this article from Qui-Phiet Tran's cv with review by the author.