From Wikivietlit
Jump to: navigation, search
Linh Dinh (1963) is a bilingual poet, also critic, essayist, photographer, translator, author of short stories and a novel, publishing in Vietnamese as Đinh Linh. 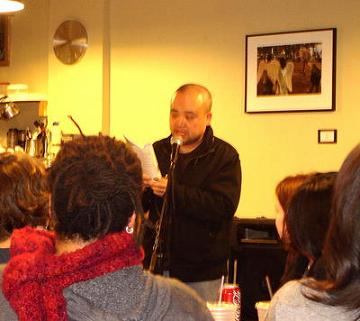 Born in Saigon, he left Vietnam on April 27, 1975 under the fake name of Lý Ký Kiệt. After living in Washington, Oregon, California and Virginia, he moved to Philadelphia in 1982, where he studied painting at the University of the Arts (at the same time as Phong Bui). After college, he survived for 13 years by working as an office clerk, house painter, house cleaner and window washer.

He showed his paintings, wrote and read his poems at literary venues around Philadelphia, including the Painted Bride in 1986, and hosted a poetry show on WXPN. In 1991, he co-founded The Drunken Boat, a bimonthly art and literary journal. Lasting just six issues, it nevertheless provided him a vehicle for promoting his growing body of work, which won him a Pew fellowship in 1993. He also wrote art reviews for the New Art Examiner, acted as critic-in-residence for Art In General in NYC, and guest-curated a show, "Toys and Incense," at Moore College of Arts.

His poems, stories and translations began to appear in leading avant-garde journals such as Sulfur, Chicago Review, New American Writing and VOLT, as well as American Poetry Review, Kenyon Review, Denver Quarterly, and New York Stories, with poems and stories translated into Vietnamese, by Khế Iêm and Phan Nhiên Hạo, among others, published in Hợp Lưu and Tạp Chí Thơ. After a 1995 trip to Saigon and Hanoi, where he met Bảo Ninh, Nguyễn Huy Thiệp, Dan Duffy and Peter Zinoman, he edited Night, Again: Contemporary Fiction from Vietnam (1996). In 1998, Singing Horse Press released his first chapbook, Drunkard Boxing.

Returning to Saigon to live in 1999, he became familiar with the city's cutting-edge, underground writers, translating many of the poets and also translating English poetry for their benefit. Translations of poetry in both directions, and to and from other languages entirely, have become a major direction in his work.

In 2001, he gave a reading with Nguyễn Quốc Chánh at the ERA Café, across the street from the fortress-like police headquarters, who sent several of their finest in plain clothes. As his career gained momentum in the US his “The Most Beautiful Word” was selected for Best American Poetry, but his work was considered too decadent and reactionary to be distributed in Vietnam. His first book, Fake House (2000), was confiscated at Saigon's post office when he went to pick up an author's copy.

In Vietnam, he started to translate his English poems into Vietnamese, and in 2001, inspired by a Trần Dần piece sent to him by Phạm Thị Hoài, he published a poem written directly in Vietnamese, "Nhưng Rồi", in Tap Chi Tho (no longer available online as of May 2009). By late 2003, his Vietnamese poems were appearing regularly on Tiền Vệ.

He returned to the US in 2001, only to leave for Certaldo, Italy, where he lived from 2002 to 2004 as a guest of the International Parliament of Writers. This experience produced some of the writing in Blood and Soap (Seven Stories Press, 2004) and an unfinished novel set in Vietnam. He began translating in and out of Italian. In 2005, he was a David Wong fellow at the University of East Anglia, England. More recently he has returned to Philadelphia, traveling to teach and give readings.

A current project, as of May 2009, is an anthology, The Deluge: New Vietnamese Poetry. He is blogging more and more photographs, chiefly of Philadelphia street life. As editor of Wikivietlit, he is lead author of most articles in this wiki. 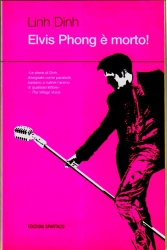 Interviews, profiles and blogs in English

Interviews, profiles, and blogs in Vietnamese